Greg Eastwood, Curtis Rona and Brett Morris all scored doubles against the Titans. Which double did you like?

- Brett Morris slammed the ball down in the 14th minute, capitalising on a Titan’s error, to draw first blood.

- Brett Morris then produced his customary dash having collected a short ball from Kasiano to slice through in the 62nd minute.

- Josh Morris was held up in 45th minute but there was no denying Eastwood who chased through a Hodkinson grubber to extend the lead in the 54th minute.

- In the 72nd minute Eastwood finished off a brilliant try that took supporters back to the days of The Entertainers! Hodkinson chipped for Sam Perrett who passed back inside finding Lafai who in turn found Eastwood.

- Curtis Rona intercepted a pass from James Roberts, who was flirting with the sideline, just 10m out to collect an opportunistic try in the 27th minute.

- Rona collected his double in the 67th minute, diving over in the corner after quick hands found Titans short.

SIMPLY VOTE WITH YOUR #DOGSOFREWARDS TO PICK YOUR FAVOURITE DOUBLE 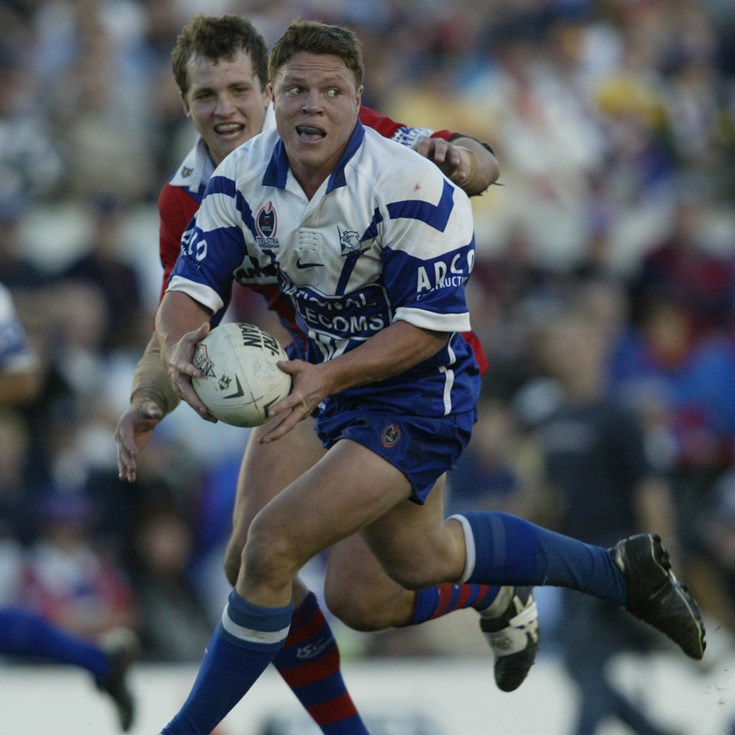 Maori side name star-studded pack for All Stars clash