Curtis Rona has started the 2015 season in sensational fashion scoring 12 tries and sitting at the top of the NRL's try-scoring list.

Bulldogs.com.au has put together a video of his 12 tries and a list of who he has scored against.

-          1. In the 72nd minute Rona crossed for his first try after a long ball from Hodkinson found him unmarked

-          4. In the 16th minute after an impossible offload from Frank Pritchard, Curtis Rona managed to fall over the try-line unmarked for his 4th of the 2015 season.

-          5. A brilliant cut out pass from Kasiano found Rona unmarked in the 67th minute to cross in the corner for his second of the match.

-          7. After an early error from Willie Mason, the Bulldogs scored off the scrum with a Josh Reynolds cut out ball finding Curtis Rona unmarked to score in the corner.

-          8. Rona collected his second try of the night, and eighth of the season, in the 57th minute finishing off a backline movement assisted again by Reynolds.

-          9. Rona added a ninth try to his season tally in the 76th minute, doing well to plant to ball down in the corner before being forced into touch.

-          10. With Thurston looking for the shift to the right, former Cowboy Curtis Rona read the pass beautifully and took an intercept, before running 82 metres untouched to score.

-          11. In the 9th minute, the Bulldogs shifted the ball to the left and a round-the-back pass from Frank Pritchard found a free Curtis Rona, who crossed for his 11th try of the season.

-          A backline movement, this time down the right, gave Rona enough room to slide over in the corner and register his 12th try of the season.

Tell us which Curtis Rona try you have enjoyed most. 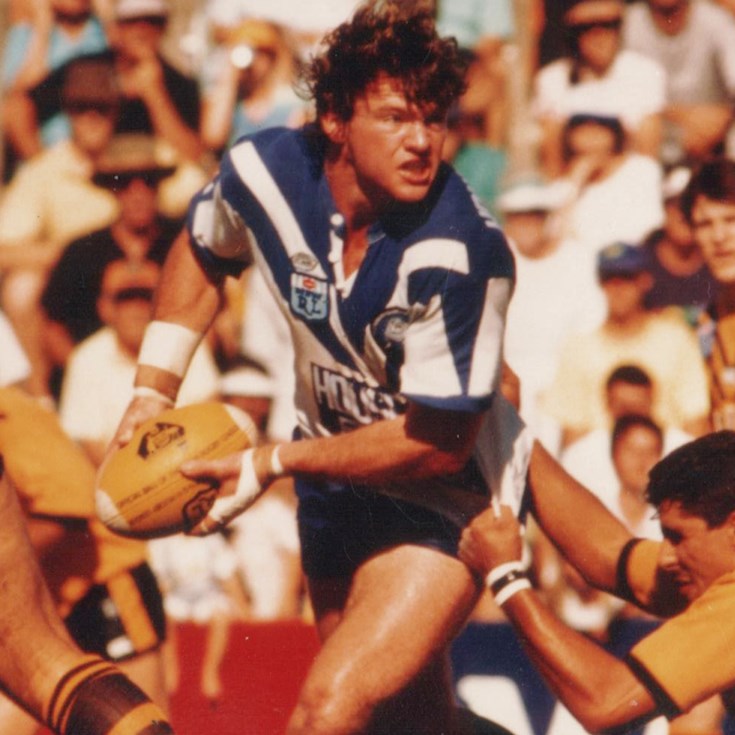 Sponsored By Hitachi 1 hour ago