The Country Origin team has ensured they will hold on to the Country v City shield for the third consecutive year after overcoming the City team 34-22 in front of a sold out Wagga Wagga crowd – who put on an absolute show for the annual clash.

Two late tries from Raiders centre duo Jarrod Croker and Jack Wighton secured the game for the Country boys late in the game though it didn't come without its challenges.

A Blake Austin hat-trick ensured Brad Fittler's men remained in the contest though it was the skill and guile of James Maloney and Mitch Rein who led the Country team to victory – captain Maloney's efforts easily overshadowing opposite five-eighth Josh Reynolds.

"I never really felt comfortable looking on upstairs watching but after the start we had, we had a bit of luck," Barrett said. "They were a really tough team to defend especially when they go into that offload mode but I thought our guys played like they prepared and they deserved to win."

City coach Brad Fittler was also full of praise for the Country side.

"Their first half was really impressive, they soaked up a bit of pressure early and the key for our group given they were really young – we had eight blokes who hadn't played [this game before] – was to play," Fittler said.

"We talked about when the hard times were going to come in the game and how we were going to react but then they came back in waves and the points came and we didn't really handle it all that well but they played some really entertaining footy and they kept on backing each other."

While Country took home the chocolates in the 12-point win, City were able to produce the first try of the afternoon, an outstanding one at that, in the 5th minute when Austin scored off some magic lead-up work from winger Daniel Tupou.

Receiving the ball in a bit of space Tupou kicked ahead before out running everybody to chase it down and flick it back in field just inches from the tryline to Austin who scored with ease.

Austin was at it again for his second try in the 11th minute when a backline shift saw James Tedesco breakaway downfield. Looking for support towards the middle of the paddock, Tedesco threw it back in for a supporting Austin to make it a 10-nil deficit.

Country finally bounced back in the 25th minute when winger James McManus outleaped Tedesco on his way to scoring. Off a James Maloney bomb, McManus got a hand above his opposite winger before landing with the ball in hand to score.

The other Knights winger, Akuila Uate, was on the board next four minutes later when Maloney and halfback Jack Bird combined out wide to send the Fijian flyer in. Maloney's goal ensured Country would hit the lead for the first time in the game.

Up 12-10 at half-time, Country lock Josh Jackson kept the ball rolling for the Wagga crowd when he busted through and offloaded to fullback David Mead to go eight ahead after 43 minutes.

Tariq Sims became the third Knight to score for Country in the 50th minute when he crashed over the line to make it a 14-point deficit. Reynolds's afternoon went from bad to worse in the meantime when he was placed on report for lashing out at Sims with his leg.

City weren't out of it though and after the ball travelled through almost everyone's hands following a quick play the ball from Tupou, it was Tedesco who scored on the other side of the field in the 54th minute to cut Country's lead to eight.

Austin secured his hat-trick when he latched on to an offload from Waqa Blake in the 63rd minute to cross the white stripe. In what was quickly becoming a staple of the City boys' game-plan, their hot potato style of play allowed them to make a game of it in the final quarter of play.

A big no-argue from Country back-rower Tyson Frizell on City fullback Matt Moylan looked to have helped his cause in the 69th minute when he crossed the try-line though it was Austin who was able to hold the big man up, and save the game for his fellow City slickers.

It wouldn't matter though as Country centre Wighton crossed out wide with seven minutes remaining, the try coming from a Sims break who offloaded it to teammate Kade Snowden. The big prop would send it out wide to back-rower Joel Thompson who easily drew in the defence for Wighton to score.

It would be the other Raiders centre to put the game out of reach for the City boys in the 78th minute when Croker forced his way over the line to secure a Country win, leaving the Wagga faithful a very happy bunch. 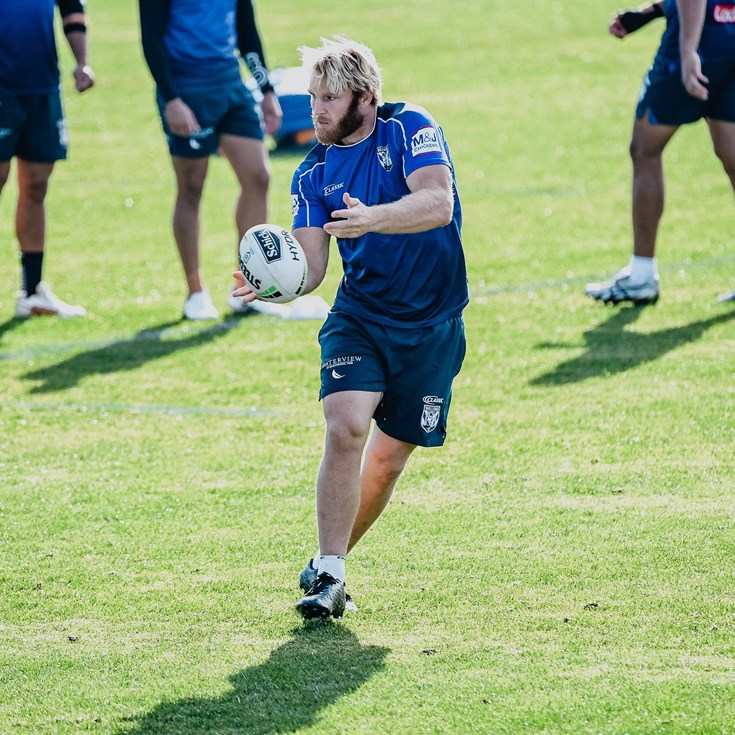 Reimis to miss a week