The National Rugby League (NRL) have today released the dates and times for the remaining games of season 2014.

As per the agreement, rounds 1-20 are scheduled before season kick-off with rounds 21-16 announced later in the season.

The Bulldogs will feature on channel 9 in every match from round 21-26 with three Friday night matches, two Thursday night matches and a Sunday afternoon match being scheduled. 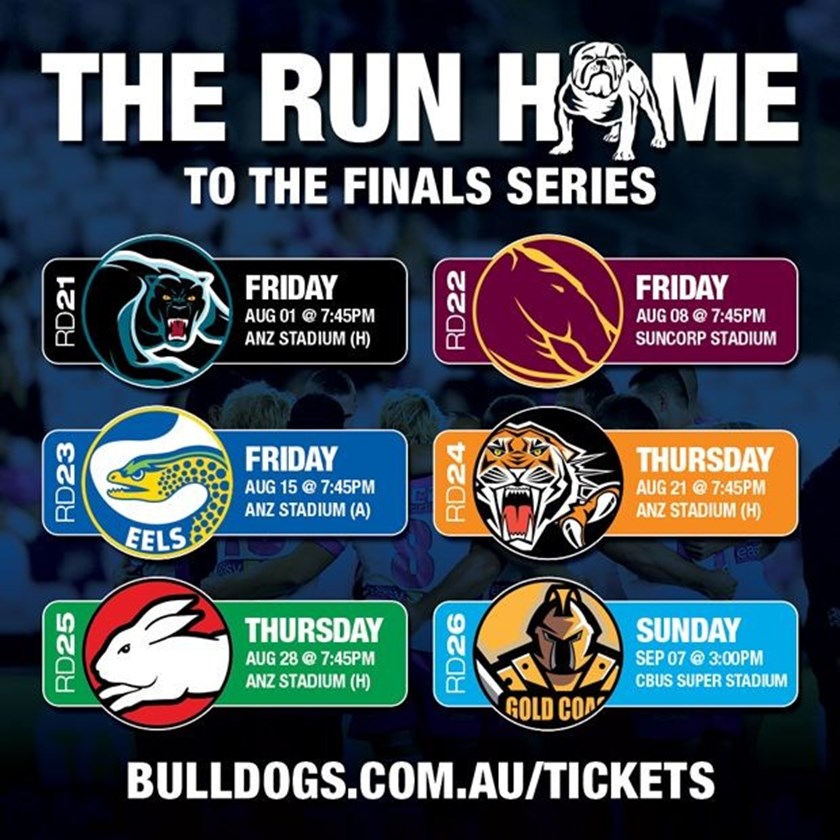