Steve Turner has put together the full diary of His and Terry Lamb's antics in Mackay after spending five days visiting the community of Mackay in the lead up to the Bulldogs round 17 match against the Knights for the beyondblue Cup.


Terry Lamb, Bulldogs Community Manager Jessie Horin and I arrived in Mackay to begin our community visits in the Mackay area.


The Wednesday afternoon after we arrived, saw us visit Mackay Base Hospital to visit the childrens ward, the medical ward and patients receiving treatment for Kidney failure. It was an opportunity for us to sign autographs, have photos taken with the patients and just have a chat and bring a smile to their faces.


Days like these really put things into perspective and as a sportsman I feel it is one of the most satisfying things you can do, is make a difference in someone elses life that is less fortunate than you are.


A number of the patients were lovers of Rugby League and huge supporters of the Bulldogs.


A great day had, in what was only the start of the busy community schedule for Mackay.


Today we headed out to the Dalrymple Coal Terminal at Hay point to participate in beyondblue workshops with the staff on site.


The Coal Terminal is one of the largest in the country and operates 24/7 365 days a year.


Zap speaks to Sharon from the Coal Terminal:

The reason for the visit to the Coal site was to raise the awareness of mental health through our association with community partner beyondblue.


Both Terry and I participated in the workshops that beyondblue ran. The workshop consisted of defining depression and anxiety, the risks of these illnesses, what role we as society can do and what the recovery is. For both myself and Terry it was an opportunity for us to speak about our own experiences, raise the awareness of depression and anxiety and to also say, its OK to ask for help and as a society we need to change and as men we need to change.


By doing these workshops, its about spreading the word and educating people on what Mental Health is.


I feel the staff got a lot out it, but also for Terry and I we gained a lot out of it. Its a tough topic to talk about, but if we can change one persons life through the understanding of Mental Health than hence the reason why these workshops are utterly important.


The weather was great with over 200 kids showing up to participate in a variety of activities. There was tackling drills, goal-kicking, try-scoring, races, passing drills and the station Terry and I were in charge of was teaching and speaking to kids about the need of having a healthy mind.


Zap Speaks to Terry Lamb and Dane Gagai about the Junior League Clinic in Mackay:

The station involved our community partner beyondblue and it was designed to teach the kids about a healthy mind and ask the kids how does sport make you feel?


The kids came up with plenty of good answers and for everyone involved as well as the parents it was a great day out.


The Newcastle Knights boys also helped out at the Junior Clinic, with local boys Dane Gagai and Neville Costigan very popular amongst the kids.


The afternoon Terry and I visited the Aboriginal and Torres Strait Islander Community Health Services to spend time with senior indigenous social workers to share our Rugby League stories as well as speak to them about mental health.


The staff certainly took a lot out of the hour visit and with a few photos had and give-aways handed out it was a successful visit.


The day concluded with a Community Forum very similar to the one the club held at the Leagues Club on the 2nd of July to raise awareness of mental health.


The forum was designed to raise awareness of depression, anxiety and mental health. The forum consisted of a panel which included Terry and I as well as beyondblue staff, President of the Mackay Cutters, Glenn Ottaway, Newcastle Knights team manager Warren Smiles, a local clinician who works and deals with people with mental health problems and sports commentator Craig Hamilton who is a beyondblue ambassador.


It was simply about sharing our thoughts, our experiences and putting our support behind beyondblue to educate the community about mental health and say to people you can get help.


The community had the opportunity to mingle with the panel as well as share their stories. A successful night in what is a delicate issue in society.


We had the morning off. It was great to relax, read the papers and enjoy the beautiful weather we had in Mackay.


In the afternoon we headed over to the stadium to catch up with the team for the open training and signing session with the fans. It was a great turn out from the locals and of course Ben Barba was everyones favourite.


Both Terry and I had the opportunity to speak to the fans about the game, the team and take time out to sign their Bulldogs supporter gear as well as have some photos.


We headed back to the hotel after the training session for dinner and a couple of beers.

We got to the ground around 930 to set up and prepare for our game day responsibilities and the weather was superb.


I grabbed a sneaky interview for our website, so make sure you check it out.

The game before the NRL game was between the Mackay Cutters and The Northern Pride from the Queensland Cup and the points went the way of the home-side. It was a great game as these two side were on top of the table.


Once this game had finished both Terry and I had a number of on-field requirements which included participate in the Kicking competition with some young kids, the relay with the young kids, on field interviews, present the 18 jersey and rookie jersey, run through the team sheets and pump the crowd up.


Then it was kick-off and unfortunately it was not the result we were after, an 18-12 loss to the Knights.


After the game I attended both media conferences while Terry signed more autographs and had photos with the fans.


We then headed back to the hotel and went out for dinner.


An early night was had before we headed back home.


Breakfast first, than we headed to the airport.


We had two flights to catch. First one was Mackay to Brisbane, than Brisbane to Sydney.


We arrived back in Sydney at 4pm.


A great five days in Mackay, but always nice to get home and see the family. 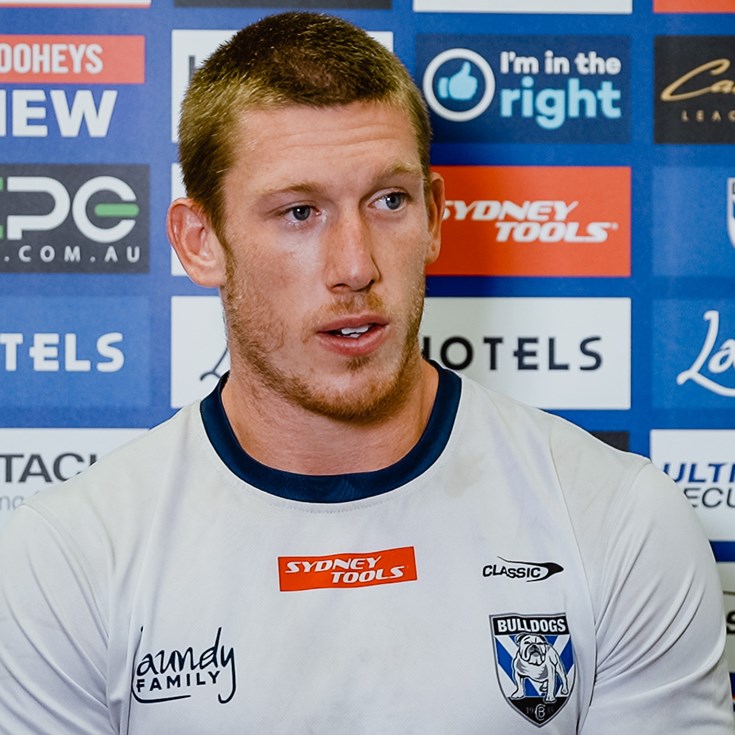